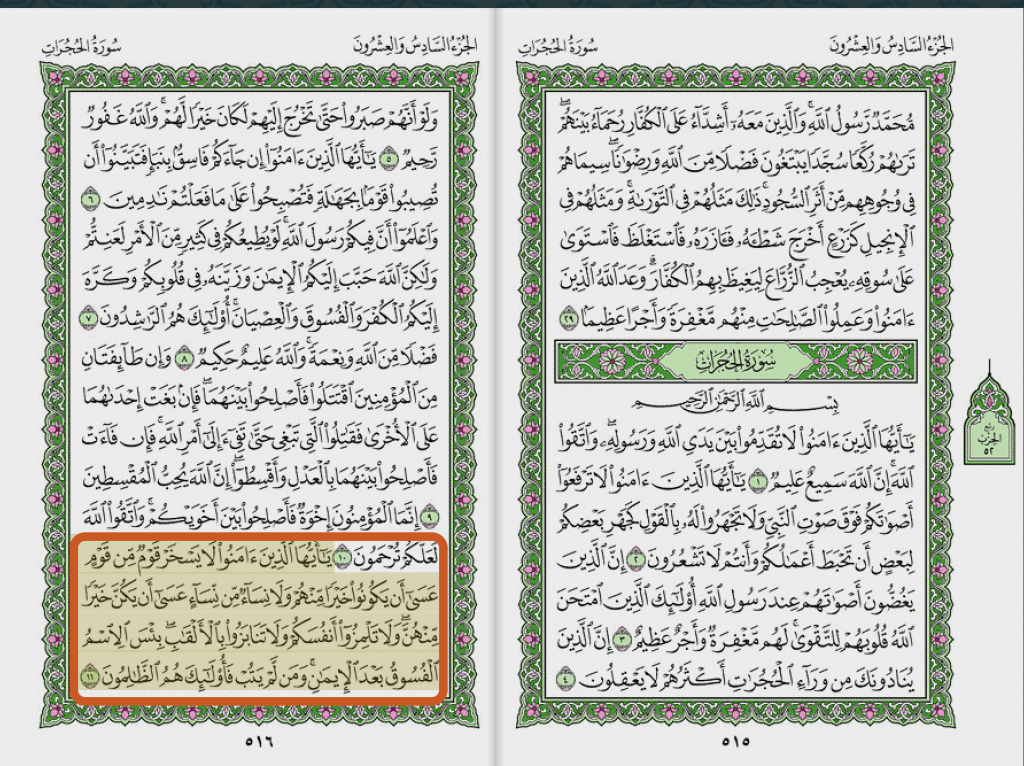 When the Islamic army captured Mecca (after its people broke the peace agreement with the Muslims), the Prophet asked Bilal (who is originally a slave from Ethiopia, and has a beautiful voice) to rise above the Ka’Bah and make the azan.  One of the men of Mecca told his friend: “I am happy that my father died before he saw a person like Bilal on the Ka’bah.”  His friend replied, “could Muhammad not find anyone to make azan except this black crow?”  God revealed to the Prophet, (may God bless him and grant him peace), what these two men said, telling them that their comments were racist.  {Recorded by Imam al-Qirbi} Neinom

“from the clear Quran for kids”