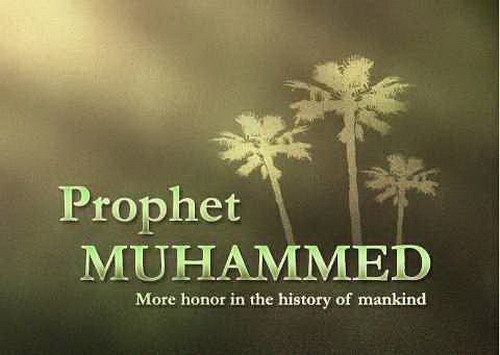 Who was the Prophet Muhammad? (Peace be upon him)

Muslims believe that Islam is a faith that has always existed and that it was gradually revealed to humanity by a number of prophets, but the final and complete revelation of the faith was made through the Prophet Muhammad in the 7th century CE.

In brief, Muhammad (Peace be upon him) was born in a noble tribe of Makkah in Arabia in the year 570 AD. His ancestry goes back to Prophet Ishmael (Peace be upon him), son of Prophet Abraham (Peace be upon him). His father died before his birth and his mother died when he was six. He did not attend a formal school since he was raised first by a nurse as it was the custom those days, and then by his grandfather and uncle. As a young man, he was known as a righteous person who used to meditate in a cave. At age 40, he was given the prophethood when the angel, Gabriel, appeared in the cave. Subsequently, the revelations came over 23 years and were compiled in the form of a book called the Quran which Muslims consider as the final and the last word of God. The Quran has been preserved, unchanged, in its original form and confirms the truth in the Torah, the psalms and the Gospel.